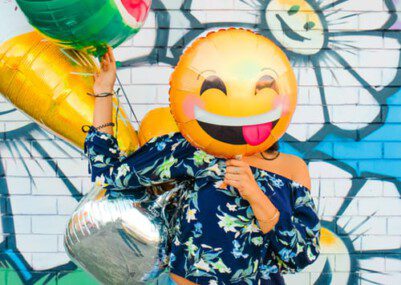 The other day, I was on a video call with two of my guy friends and they commented on how zen I’ve been lately… One of them said he had noticed this relaxed me for a while now; and that nothing really ruffled my feathers anymore.

We laughed about it, but after the call, I did a lot of reflection on that statement… I went back in my mind to what was a really low season in my life: October 2018!

I was working for a boss who didn’t seem to like me, in a role I didn’t like and I had been scheduled for a surgery which seemed like my worst nightmare but after two hours, I was wheeled into recovery and I was off work for two weeks.

During this time, I reflected a lot, spent more time with God, basked in the love of family and loved ones and journaled a lot more. As October rolled to an end, and I entered the first few days of November, I felt like it was a New Dawn… It was still dark, but I could now recognize the streaks of sun that promised the breaking of a new day.

I returned to work, and with that new month, came a new resolve – I was right where I was, I may not have liked it but that was my new reality, so I was going to LOVE every single second of my time there. I was going to put my head down, do my work to the best of my ability, learn the most that I could and leave my mark in that role.

What made a difference? What changed pre-October and post-October? I wish I could tell you I had this huge epiphany as I was being wheeled into surgery, but I didn’t. It was a quiet whisper that kept on resounding in my head and in my heart during the two weeks I spent recovering in bed: LOVE!

I was called to a life of LOVE and if you’re wondering what that means, the image above says it all.

I was to be patient and kind. Not to be proud or rude or self-seeking (and I could be all these things sometimes). I was not to be easily angered AND I was to keep no record of past mistakes!  Are you joking? I had been so hurt and treated so badly that I genuinely felt I was justified… But there you have it, I was called to a much higher standard!

It wasn’t a walk in the park but I chose to die to myself and die to my flesh and within a very short space of time, everything changed.

My boss and I eventually became quite close and I understood her a lot more; I moved roles again within the organization and shortly after moved to another organization; AND I healed completely with no side-effects and no follow up needed from the surgery!

Things may not be perfect for you right now; heck you may be in the worst season of your life right now… I’ve got good news for you!

Seasons are cyclical – they always pass. So, whether you’re in summer, autumn, winter or spring; best believe these are changing cycles and they will never last forever;

Where you are is instrumental to where you are going! So, take the lessons from there. Don’t drop your standards or let your personality significantly change because you’re not in an ideal time in your life. Protect your heart!

You cant find joy in the future if you haven’t learned to find joy in the present moments. Smile through the tears – easier said than done but do it anyways. Appreciate the little things – the sunshine, breath filling your lungs, the love of family and the gift of life and health;

This too will pass; it always does! Id see you on the other side!  Until then, just remember:

Where??? Right Where You Are!