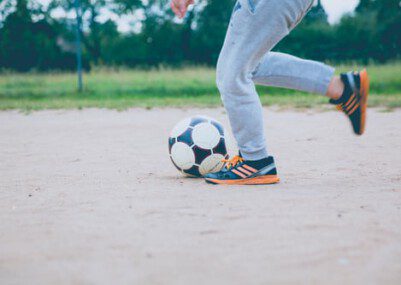 Why The Word “Impossible” Should Be Banned From Our Vocabulary

We’ve all said those words recently. I sure have—about managing my increasingly needy children, or fitting deep work into fragmented days, or just finding a moment of peace in a constantly noisy house. In fact, no joke: I’m three sentences into writing this column and I have already been interrupted twice, moved locations three times, and am now blasting white noise next to my head so I can concentrate. Productivity just feels…impossible.

But stop right there. Do not use that word again, no matter how tempting it is. Because when we say something is impossible, we do ourselves real harm. Impossible should be banned from our vocabulary.

To appreciate what I mean, consider life in the early 1800s.

Back then, scientists were experimenting with a radical idea: surgery without pain. What if patients could somehow be numbed, or made to fall asleep, so that they didn’t experience the agony of being sliced open and repaired? It would be a triumph of humanity, and it would revolutionize medicine.

This was slow work, as you might imagine. There was a lot of trial and error, and many skeptics. One naysayer was Alfred Velpeau, a French surgeon. “The abolishment of pain in surgery is a chimera,” he said in 1839. “It is absurd to go on seeking it today. ‘Knife’ and ‘pain’ are two words in surgery that must forever be associated in the consciousness of the patent.”

In other words, he said it was impossible.

Velpeau was wrong, of course. But he was also harmful—because according to medical historians, people like Velpeau actually slowed down progress. “We suggest that the most likely explanation for the delay in the discovery of anesthesia was the belief that it did not, could not, exist,” write the authors of a fascinating book called The Wondrous Story of Anesthesia. “If it did not exist, then a search for this dragon would be fruitless.”

This observation really struck me, because the logic of it is terrifying. Consider this:

It’s a self-fulfilling prophesy. The phrase “This is impossible” actually creates impossibilities.

But are we actually surrounded by impossibilities? We are not—and entrepreneurs are the evidence of that! Entrepreneurs are always told that things are impossible. Nobody will want that! That’ll never work! You’ll never succeed! We’ve heard it all. Then we went and did it anyway. Years ago, I told an old boss that I wanted to become editor in chief of a magazine. Impossible, he said. Find another goal. Imagine if I believed him. It would have become true.

Our world is full of the once-impossible. Our tools, our technology, our modern-day lives—all these things were beyond someone’s imagination. Don’t forget that. You are reading these words right now on a device that once seemed impossible to build.

We now live in difficult times, and it’s easy and natural to feel overwhelmed. It’s easy to say, “This is impossible,” and to see doors transform into walls. But I know that we can think differently. We cannot listen to the naysayers, and we certainly cannot become the naysayers.

So much is possible. We’re already proof.