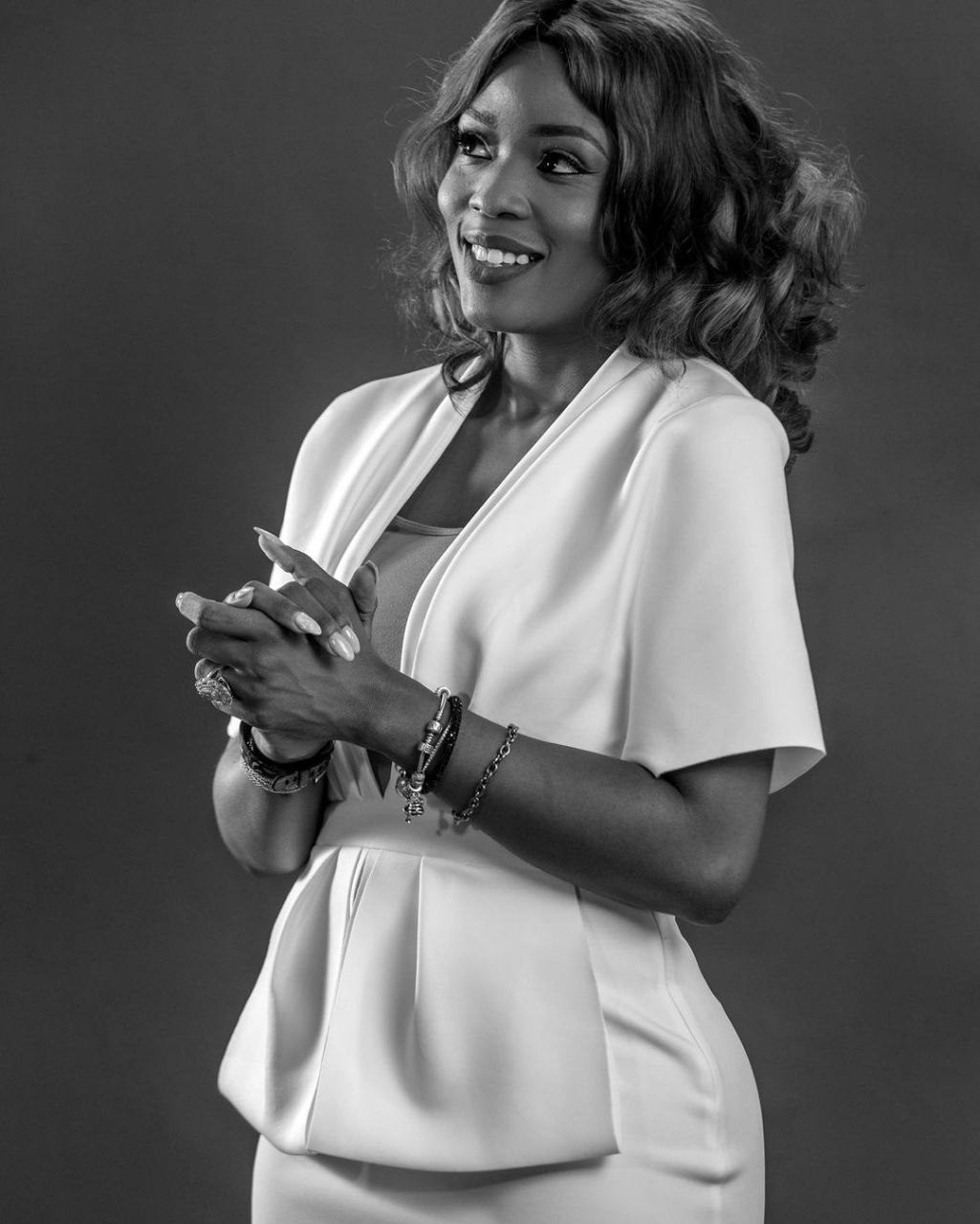 This fun interview with Bodam Taiwo, Senior Marketing Executive at the Coca-Cola Hellenic Bottling Company/ Event Entrepreneur/Author/Lifestyle Coach, will ignite your passion and zeal for personal development and everything IMMERSE Inner Circle. Don’t take our word for it, read it for yourself to see how IMMERSE is transforming lives.

Growing up was interesting. I was born in Jos, Plateau State and lived there for the first 8+ years of my life before we moved to Lagos. My earliest fun memory was Christmas – Christmas day is my dad’s birthday, but growing up, my parents made it fun.  They would buy different presents for all of us and then hide them around the house. We lived in a huge, sprawling bungalow surrounded by acres of land and a huge hill right in the middle of the compound and a pool at the bottom.

So we’d run around the entire place looking for presents and screaming when we found them. Family life was beautiful.  When I look back at my childhood years, I’m filled with a warm glow of happiness, contentment and love. I’m the second of four children, two girls and two boys.  My sister is first, then myself and the two younger boys. 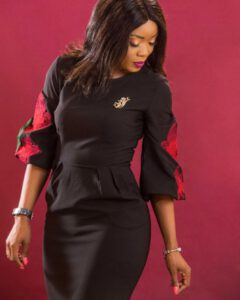 What were some of your Dreams and Aspirations growing up?

Hmmmmmm! I think I wanted to be a Princess when I was much younger 😂 Then I had an overactive imagination. I wanted to be the Queen for the longest time. 😁 But then all through secondary school, I wanted to be a surgeon.  I loved medicine.  I loved the idea of cutting people up, fixing them and putting them back together again…And I also wanted to speak… I was Secretary of the Literary and Debating Society in Secondary School and I was really good… So I really wanted to speak…

Then I wanted to become the next Marion Jones (she was an amazing track and field athlete and she won so many gold medals in the Olympics etc)… And I was fast!  I was so fast at 100m and 200m; one of the fastest girls in my school. I used to dream of going to the Olympics and getting some gold medals there as well. Then I wanted to be a full-time homemaker… I have no idea where I picked that up but between 15/16 and about 23/24, I wanted to get married, have 6 children and be a full-time homemaker to an amazing husband 😂😂😂

Have you always been into personal development?

Yes and No. Yes in the sense that I used to read books while growing up because of the kind of parents I had. Reading was a big deal in our home because I remember how my sister and I would argue over whose turn it was to read Shakespeare when it was bedtime, and not the already translated Shakespeare by the way. Lol! So I was into personal development at that level but the pivot into a much more intentional personal development happened in 2019. I shifted my idea of personal development and started investing in myself a lot more and treating myself like a multimillion-dollar organization.

At what point did you decide to embark on the personal development and coaching journey with IMMERSE Coaching Company?

It was when I decided that yeah, there was some sense here after my one on one meeting with DDK where she recommended some resources that helped to uncover me to me. And after the first cycle, I just knew deep down that it was the beginning of something. In that first cycle, I peeled off layers and even after that cycle ended, I came in for the second cycle because I realized that more layers needed to be peeled off.

It was during that second cycle that I knew I was in this for the long haul. I knew it wasn’t a short term engagement anymore. I knew that if I was to unlock the woman I knew I could become and contract the fire I needed to metamorphose quickly into that woman, I needed to stay close to Debola Deji-Kurunmi because IMMERSE has the tools that I need to succeed on my becoming journey.

I became this flaming multi-influential visionary dynamite, blazing on all fronts, unapologetically.

What did your life start becoming when you stepped into IMMERSE?

My life started becoming full. I remember that in the first three months with IMMERSE, I started to discover myself. I started with 30 Day Transformation Challenge. And that whole process of discovering me and what made me tick helped me reacquire my thirst for knowledge, development and new things.

In cycle 2, I fully stepped into IMMERSE and started to become. I started finding my voice. The natural leadership trait that existed in me started coming out, my love and passion for seeing women rise started resurfacing. At the end of the second cycle, I decided to write a book and by the end of the third cycle, my book was ready and then I did a launch last year September.

I became this flaming multi-influential visionary dynamite, blazing on all fronts, unapologetically. I become unapologetic about my dreams and the moment I became that way, everything started to align. Relationships that I no longer needed in my life died a natural death and the relationships that I needed came to me. So it has been e beautiful journey of becoming the woman I was created to be. And I look forward to each new cycle. I wake up every day with a smile on my lips and joy in my heart. I am genuinely thankful for the woman I am becoming and the woman that I am.

What 5 key habits are responsible for your success today?

The power of imagination

Taking time to be in silence and solitude

Embracing Excellence as one of my key values

Having a system of self-improvement

Why do you think IMMERSE coaching company is different from other coaching organizations?

The first reason will be the clarity of knowing where you are. Are you in Clarify, in Cleanse, in Create, in Contribute or in Catalyze, you’d find clarity to help you on your growth journey. The second is access to wisdom and coaching in different areas of your life. The third will be the amazing community. The fourth is the support coaching system which is absolutely fantastic, so even if you don’t have direct access to DDK, she has trained, depending on the coaching plan you are on, these women and she has replicated herself in a way in some of these coaches. So they are able to guide and coach you using coaching principles and all of those types of stuff to help you get to where it is you actually need to be. I think those are four major things.

Ohh! And the Fifth big one is the conferences! The conferences are gold. Live Awake Conferences in February 2020 was, no words. I still remember almost word for word some of the things I heard in that conference. It was mind shifting and EPIC!. Then the Epic Shift Conference in November 2020 with Dr Cindy Trimm, Marshawn Evans, Femi Jacobs was a release of something different. The Conferences are absolutely phenomenal and with this point of mine, I hope I have been able to convince you and not to confuse you that IMMERSE runs a different operation, it runs a different operating system and it is targeted at women who are called to be leaders, women who are called to the not ordinary. Those are actually the women who are drawn to IMMERSE. That’s what I think makes IMMERSE different. 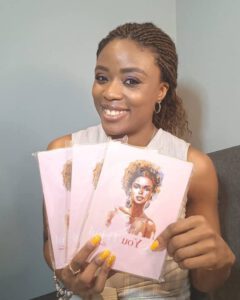 What three things have IMMERSE helped you birth?

The first is my book, so I birthed my book in September of 2020, I launched ‘BE-YOU-TI-FUL’ my first book. The second thing it helped me birth is Esther’s Curriculum,  my signature grooming personality and etiquette programme for women and especially leading ladies but really every woman who wants to become a more refined version of themselves, who wants to become more confident, more elegant, more eloquent and really just upscale and upgrade as they step into senior roles and senior positions in life, in work, in business, in ministry and so on.

The third thing it helped me birth is the BE-YOU-TI-FUL Mastermind which is the community of women who really want to break free of limiting beliefs and want to live a life of significance, of impact and influence. And I mentor them through that journey.  The fourth thing it helped me birth is the Marketing Masterclass which is my core. It’s what I do every day. I am a senior marketing professional so the Marketing Masterclass is targeted at helping Small and Medium Enterprises in service of the 8th SDG’s goal which is around building sustainable economies and helping those SME’s, especially on the African continent to build sustainable businesses.

You can connect with Bodam Taiwo HERE.

PS: If you are not in the Inner Circle yet, you can join our Waiting List