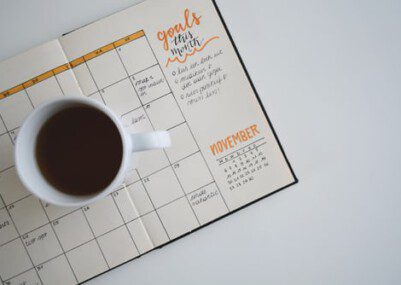 If You Can Overcome Procrastination, You Can Have Things 95% of Other People Can’t

Most people are making choices based on avoiding fear, not seizing opportunities.

These fear-driven choices are usually why most people are not heading towards success. If you let fear call the shots, you’re letting other people and other things call the shots in your life.

You can’t let the actions of others define you. If you’re spending the lion’s share of your energy focusing on preventing problems, you won’t have any time left over for actually working to win.

After years of intense therapy and counseling, I’ve learned a few lessons about overcoming obstacles that stop you from succeeding:

This is how most people are living their lives. In his book Seasons of Life, best-selling author Jim Rohn wrote:

You have to be weary of your body’s tendencies to always choose the easy way out.

If you’re reading this, you’re someone who’s concerned with achieving daring goals and adventuring where others dare not tread. As prolific writer Seth Godin once quipped: “Only talented people fret about mediocrity.”

You already know where the “traditional” path most everyone is on will take you: a good, but not great, outcome. And you probably recognize the age-old patterns most people have of quitting too early.

For lots of people, that’s fine. Not everyone has an intense desire to evolve into an upgraded version of themselves and achieve victories they’ve never thought possible.

But if that’s not you, then what I’m about to say will change everything.

To Achieve Enormous Success, You Need to Push Through “The Dip”

“The difference between a mediocre sports player and a regional champion isn’t inborn talent — it’s the ability to push through the moments where it’s just easier to quit.” -Seth Godin, The Dip

The #1 reason most people fail is because they quit too early.

Marketing guru Seth Godin’s book The Dip is founded on a simple premise: for every worthy endeavor, there is a “Dip” where most people quit. If you can push through the Dip, you’ll achieve the results most people will never see.

This is true for every worthwhile challenge — weightlifting, book-selling, a happy marriage, entrepreneurship, college, etc. To achieve extraordinary results in your desired field, all you need do is push through the Dip where most people quit. You just have to know when it’s worth it, and when it’s not.

I’ve been writing for over 7 years. I’ve met hundreds of other writers on the way.

Most people saw how difficult it was to build a blog, or consistently produce quality content, or have to publish work with no readers yet, and quit.

That’s fine. You shouldn’t be pushing through every “dip” you reach in life; many failures are actually gifts that reveal that particular path isn’t worth it. You don’t need to be Superman at everything. You can’t and shouldn’t. I took karate classes for 2 weeks when I was a kid. I quit because I was bored and wanted to do other stuff.

But when you finally find your Mount Everest — the challenge you know you need to conquer — understand this: the Dip is coming. It’s inevitable, and it won’t be fun. It’s the part of the climb where almost everyone gives up, where it got too expensive, too risky, too challenging.

But if you can push through it, the long-awaited treasure is waiting.

“If you can get through the Dip, if you can keep going when the system is expecting you to stop, you will achieve extraordinary results.”

Frankly, most people reach their Dip and quit. That’s how the world is set up; there are systems in place that are designed to block any adventurer with extreme challenges, to see if you’re worthy of reaching the summit. Technology has made everything too easy.

Since most people have not prepared themselves, they quit before they should’ve, and go back to their mediocre job, relationships, income, and reality.

Push through. Be consistent. Invest in yourself. The short-term pain you’ll experience is nothing compared to the long-term benefits success will bring you.

Ultramarathon (50–100 miles) runner Dick Collins was once asked how he keeps going for so long, despite fatigue, hunger, cramps, dehydration, and sheer exhaustion. His response:

“Decide before the race the conditions that will cause you to stop and drop out. You don’t want be out there saying, ‘Well gee, my leg hurts, I’m a little dehydrated, I’m sleepy, I’m tired, and it’s cold and windy.’ And talk yourself into quitting. If you are making a decision based on how you feel in that moment, you will probably make the wrong decision.”

If you can get through the Dip, you’ll achieve extraordinary results no one else around you has.

To Overcome Procrastination, Become More Clear and Specific Than Ever Before

Procrastination is one of the biggest dream killers. When you have everything in front of you, and all you need to do is do the work, but you keep putting it off…

But if you can overcome procrastination, you can have things 95% of other people can’t.

The truth is, the reason most people procrastinate isn’t because they’re lazy or unmotivated — it’s because they simply don’t exactly know what to do next. They may have a general idea; they need to “go to the gym” or “start a business” or “write a first draft,” but those are far too vague.

In marketing, there’s an old phrase that goes, “If you confuse, you lose.” If your customers don’t know what your message is, they’ll move on.

In the same way, if you’re confused about your goals, you’ll lose. You won’t act. That leads to procrastination, self-doubt, and frustration. Eventually, anyone will give up in those circumstances.

“We are kept from our goal not by obstacles but by a clear path to a lesser goal.”

Instead, get extremely clear about what your next step is, and the entire system you’ve created to reach that goal.

Tasks like “writing a first draft” or “going to the gym” are vague. Make them 10x more specific. For instance:

You will follow the path that is most clear. If you want to improve, with all your heart, but still don’t know exactly what to do next…

So take time to get extreme clarity on your goals.

Being Consistent Will Make You Feel Like a Loser

Once you finally decide to become consistent and start putting in the work every single week, you’re going to notice something…

Being consistent is one of the hardest things I’ve ever had to become.

I’ve been blogging for over 7 years now. For the first 4.5 years, no one read my stuff. In 54 months, I’d accumulated a grand total of…179 subscribers.

I wasn’t consistent. I’d write and blog furiously for a few weeks, then lose motivation and disappear entirely. I wouldn’t write for like, 3–4 months. Then, I’d get inspired and write another few posts. Then I’d lose interest and give in to boredom, and stop writing again.

No wonder nobody ever read my stuff!

But about 2 years ago, I finally decided to become consistent.

I started publishing every single day, building trust with my readers and honing my craft. I started “acting” like a real writer — buying tools for my work, investing in myself, studying the greats, and truly learning what great writing is.

It’s no coincidence that in the last couple of years, I’ve gotten millions of views and tens of thousands of dollars from my work. I’ve gained nearly 100,000 more subscribers. My articles are read by thousands of people every day.

This is the reward for being consistent. But consistency will make you feel like a loser, while you’re in it. Just remember — you have to shovel through 10,000 pounds of crap before you strike gold. Most people will never have the consistency to overcome the tedious repetition that long. As Hal Elrod said in The Miracle Morning:

“Repetition can be boring or tedious — which is why so few people ever master anything.”

In the end, consistency will beat talent, luck good intentions, and even quality. Those other things never last — consistency does.

There’s a ton of gold down there — are you willing to keep shoveling until you get there?

It’s OK if you can only put in a few hours a week.

It’s OK if you feel like you’re only moving an inch at a time. That’s how it’s supposed to feel. Procrastination is powerful, and most people fall into it every single day.

But if you can overcome procrastination, you can have things 95% of other people can’t.

“Most people knock on the door of their dreams once, then run away before anyone has a chance to open the door. But if you keep knocking, persistently and endlessly, eventually the door will open.” — Les Brown